List of all the films, inspired by Bulgakov`s books 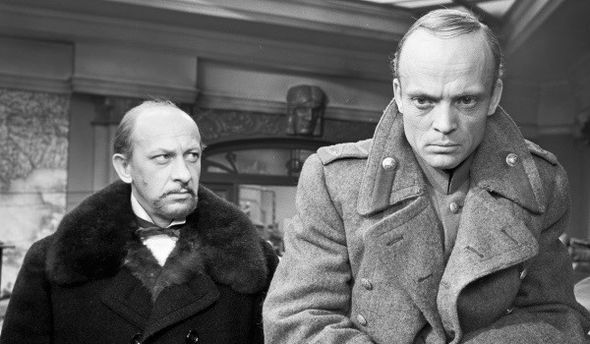 The Flight (1970) — a two-part historical drama based on Bulgakov’s Flight, The White Guard and Black Sea. It was the first Soviet adaptation of Bulgakov’s writings directed by Aleksandr Alov and Vladimir Naumov, with Bulgakov’s third wife Elena Bulgakova credited as a “literary consultant”. The movie was officially selected for the 1971 Cannes Film Festival. 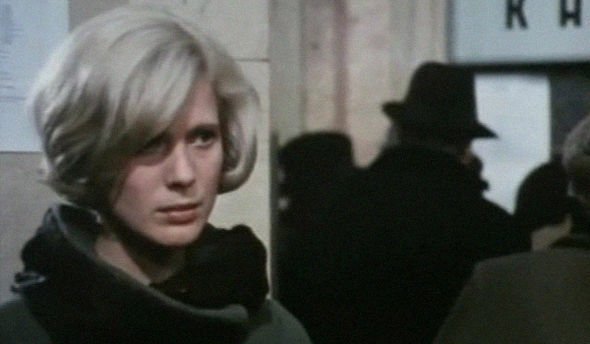 The Master and Margaret (1972) — a joint Yugoslav-Italian drama directed by Aleksandar Petrović, the first adaptation of the novel of the same name, along with Pilate and Others. It was selected as the Yugoslav entry for the Best Foreign Language Film at the 45th Academy Awards, but was not accepted as a nominee.

Pilate and Others (1972) — a German TV drama directed by Andrzej Wajda, it was also a loose adaptation of The Master and Margarita novel. The film focused on the biblical part of the story, and the action was moved to the modern-day Frankfurt. 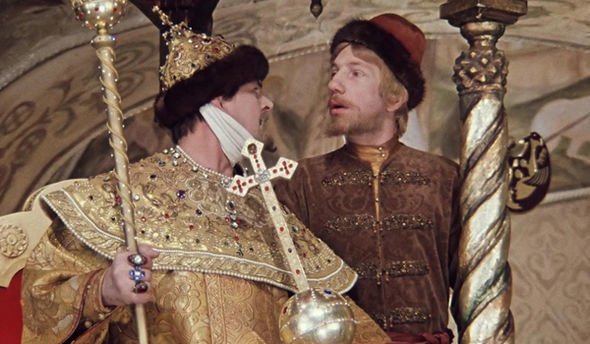 Ivan Vasilievich: Back to the Future (1973) — an adaptation of Bulgakov’s science fiction/comedy play Ivan Vasilievich about an unexpected visit of Ivan the Terrible to the modern-day Moscow. It was directed by one of the leading Soviet comedy directors Leonid Gaidai. With 60.7 million viewers on the year of release it became the 17th most popular movie ever produced in the USSR. 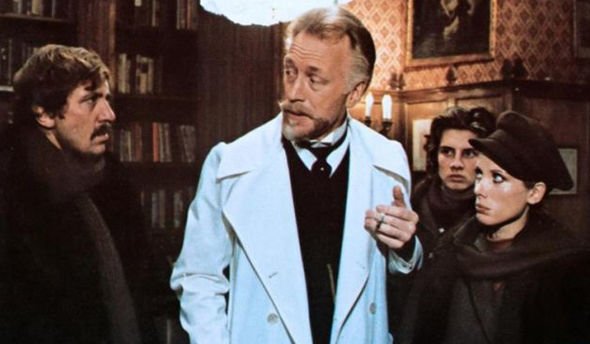 Dog’s Heart (1976) — a joint Italian-German science fiction/comedy movie directed by Alberto Lattuada. It was the first adaptation of the Heart of a Dog satirical novel about an old scientist who tries to grow a man out of a dog. 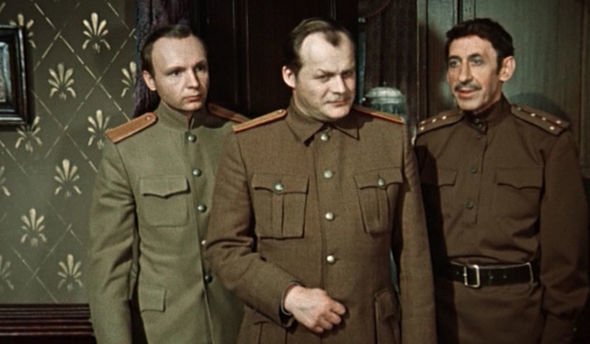 The Days of the Turbins (1976) — a three-part Soviet TV drama directed by Vladimir Basov. It was an adaptation of the play of the same name which, at the same time, was Bulgakov’s stage adaptation of The White Guard novel.

Heart of a Dog (1988) — a Soviet black-and-white TV movie directed by Vladimir Bortko, the second adaptation of the novel of the same name. Unlike the previous version, this movie follows the original text closely, while also introducing characters, themes and dialogues featured in other of Bulgakov’s writings.

The Master and Margarita (1989) — a Polish TV drama in four parts directed by Maciej Wojtyszko. It was noted by critics as a very faithful adaptation of the original novel.

After the Revolution (1990) – a feature-length movie created by András Szirtes, a Hungarian filmmaker, using a simple video camera, from 1987 to 1989. It is a very loose adaptation, but for all that, it is explicitly based on Bulgakov’s novel, in a thoroughly experimental way. What you see in this film is documentary-like scenes shot in Moscow and Budapest, and New York, and these scenes are linked to the novel by some explicit links, and by these, the film goes beyond the level of being but a visual documentary which would only have reminded the viewer of The Master and Margarita. 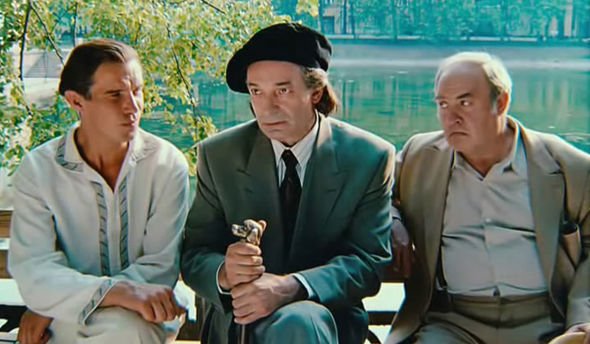 The Master and Margarita (1994) — Russian movie directed by Yuri Kara in 1994 and released to public only in 2011. Known for a long, troubled post-production due to the director’s resistance to cut about 80 minutes of the movie on the producers’ request, as well as copyright claims from the descendants of Elena Bulgakova (Shilovskaya). 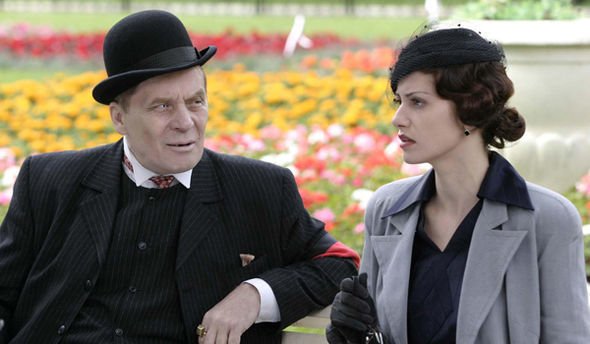 The Master and Margarita (2005) — Russian TV mini-series directed by Vladimir Bortko and his second adaptation of Bulgakov’s writings. Screened for Russia-1, it was seen by 40 million viewers on its initial release, becoming the most popular Russian TV series. 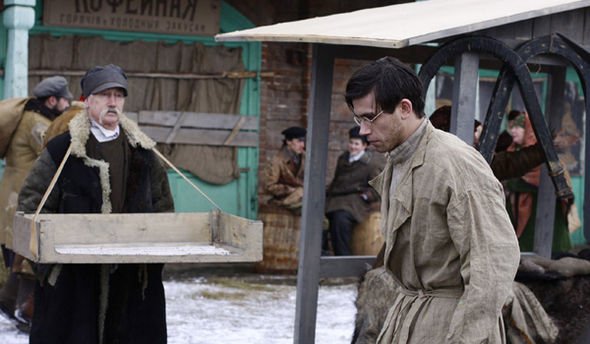 Morphine (2008) — Russian movie directed by Aleksei Balabanov loosely based on Bulgakov’s autobiographical short stories Morphine and A Country Doctor’s Notebook. The screenplay was written by Balabanov’s friend and regular collaborator Sergei Bodrov, Jr. before his tragic death in 2002. 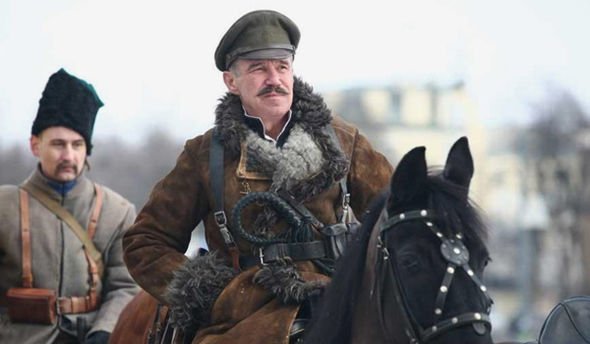 The White Guard (2012) — Russian TV mini-series produced by Russia-1. The film was shot in Saint Petersburg and Kiev and released to mostly negative reviews. In 2014 the Ukrainian Ministry of Culture banned the distribution of the movie, claiming that it shows “contempt for the Ukrainian language, people and state”. 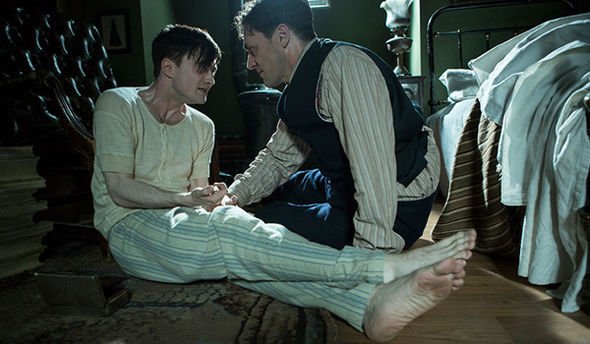 A Young Doctor’s Notebook (2012—2013) — British mini-series produced by BBC, with Jon Hamm and Daniel Radcliffe playing main parts. Unlike the Morphine film by Aleksei Balabanov that mixed drama and thriller, this version of A Country Doctor’s Notebook was made as a black comedy.